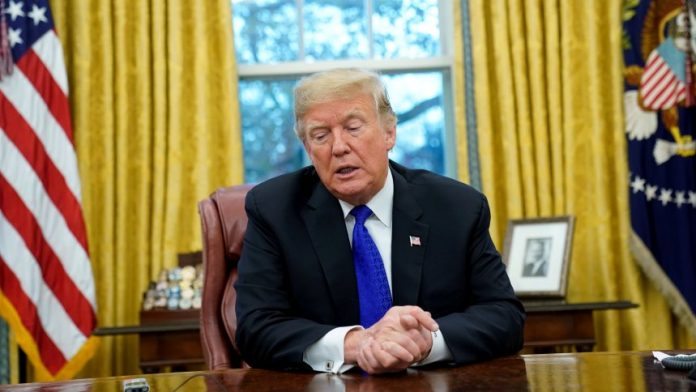 Turkey has interpreted a conversation with Donald Trump apparently wrong: The White house denies that US President, Donald Trump had said the extradition of Islamic preacher Fethullah Gülen to Turkey. During his Meeting with the Turkish head of state Recep Tayyip Erdogan on the sidelines of the G20 summit’s two and a half weeks in Buenos Aires, Trump did not commit itself “to this,” Gülen extradition, said a high-ranking employee of the White house.

Turkish foreign Minister Mevlut Cavusoglu said on Sunday, Trump had taken over Erdogan’s statement that his government had worked on the case, Gülen””. This had been understood by Turkish media to the effect that the U.S. President assures the delivery of the preacher. The Turkish government had Gülen from the United States to take concrete steps to delivery of the preacher Fethullah gülen and other members of the movement demanded.

Gulen has lived since 1999 in exile in the United States. Previous Turkish demands for his extradition had no success. Erdogan called Gulen who was previously allied with him, as the mastermind of the failed coup attempt against him in July of 2016. Gülen rejects this allegation vehemently.

U.S. President Trump had told them a month ago, a extradition of gülen’s “up for discussion”. At the same time, he had said, you strive always, the Turkey. Erdogan he had called “friend”.