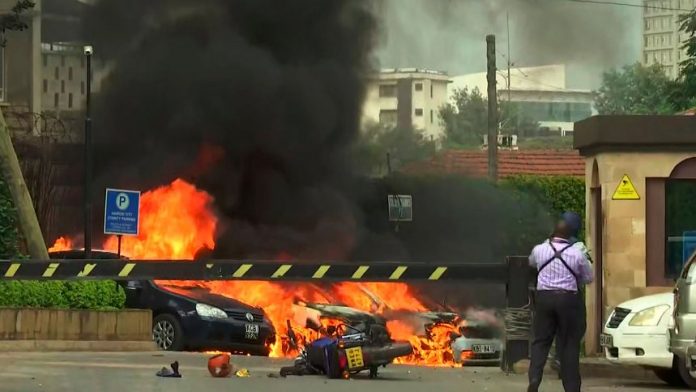 Live images on television showed burning cars, gunfire could be heard, the wounded were carried away from the scene of the crime: In the Kenyan capital, Nairobi, there was an attack on the luxury hotel “Dusit”.

The Somali terror organisation Al-Shabaab have known of the attack, said on jihadist Propaganda specialized Site Intelligence Group. The number of victims, nothing is known.

The Hotel is located close to Westgate shopping centre, where, in 2013, died in an attack at least 67 people. In Kenya, it always comes back to terrorism, especially since the Kenyan armed forces in the neighboring country of Somalia to assist the government in the fight against Al-Shabaab.