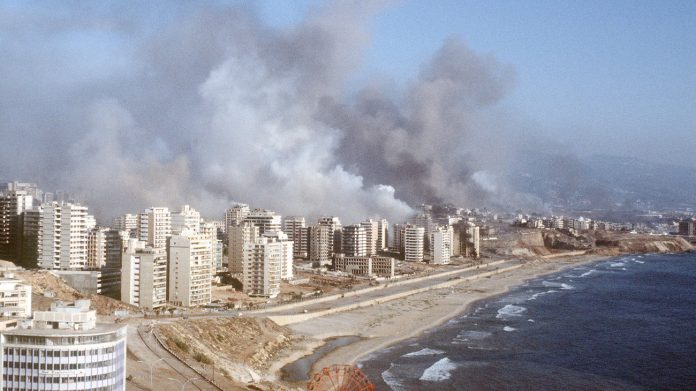 An Israeli U-boat has sunk, according to a television report during the Lebanon war in 1982, a Lebanese refugee ship. In the case of the previously undisclosed incident at the time, 25 civilians had been killed, reported the Israeli Channel 10. An Israeli army spokesman would not comment on the report. The station had to set the publication claims to the Supreme court by the military censorship lifted.

Israeli troops invaded in June 1982, in the framework of the Operation “peace for Galilee” in Lebanon. The objective is the creation of a buffer zone against terrorist attacks by the Palestinian liberation organization (PLO). The then PLO Chairman Yasser Arafat and thousands of his fighters to leave Lebanon. Off the coast of imposed Israel has a naval blockade.

in Front of the Lebanese port city of Tripoli, the Israeli U-boat fired, according to the report in the summer of 1982 torpedoes on a ship that was a total of 56 refugees on Board on the way to Cyprus.

The U-boat had been used in the framework of Operation “Dreyfus” in front of the coast. The aim had been to sink the ships of the Syrian Navy, it should in the direction of the South to attack Israel. The U-boat commander had followed the movements of the refugee ship, and wrongly assumed that it was “terrorists on Board,” reported the TV station. At his command two torpedoes were fired at the ship.

The Vice-commander criticized according to the report, there had been on Board a trigger-happy atmosphere. The commander didn’t order the attack, because it is not entirely clear that it was an enemy ship. An internal investigation by the army have shown, however, that the commander had complied. The sinking of the refugee ship was based on a miscalculation and had to be classified as a war crime.