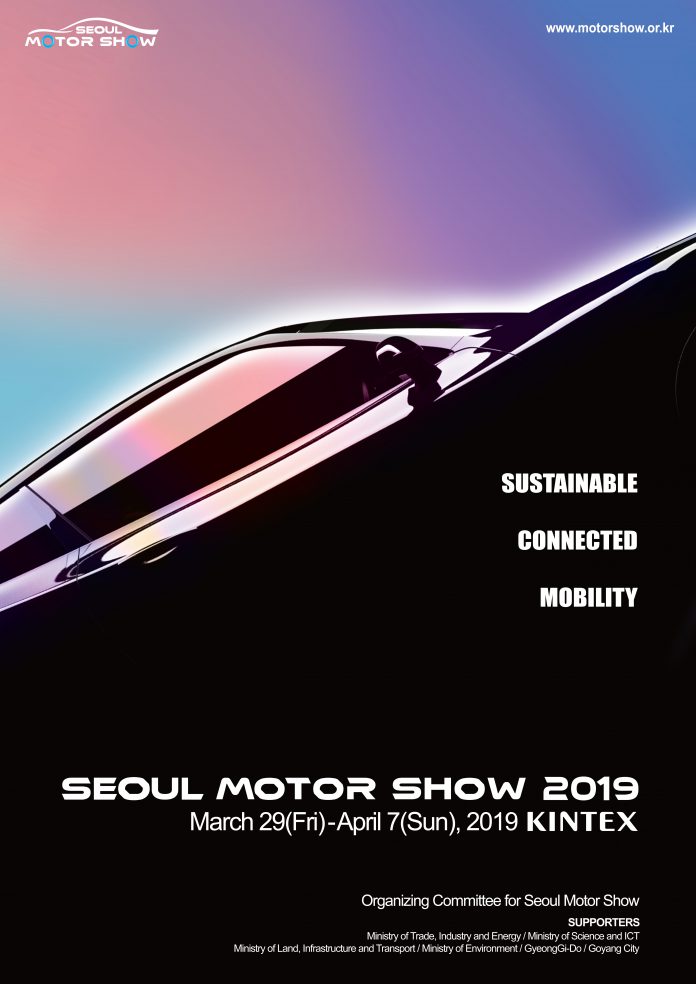 The auto extravaganza in the world’s 10th-largest automotive market takes place in Seoul in the odd years. The country’s No. 2 city of Busan hosts a similar fair in the even years.

Under the theme of “Sustainable Connected Mobility, the 12th edition of the biennial event at Kintex will bring about more than 150 cars including 36 new models. Five of them are unveiled for the first time.

Of note is that Tesla shows off its Model 3.

Tesla was invited to the Seoul show in 2015 and 2017 but declined. The electric carmaker, which is reluctant to participate in motor shows, decided to accept the invitation this time around.

“Tesla positively evaluated the prospects for Korea’s electric vehicle market. Its participation will be in line with the theme of this year’s event,” Seoul Motor Show organizing committee Chairman Jeong Man-ki said.

Chung, who also takes charge of the Korea Automobile Manufacturers Association, vowed to keep increasing investments to raise the profile of the trade show.

“We strive to bring more new technologies and products to Seoul Motor Show. We will spare no effort to sharpen the competitive edge of the event,” said Chung, the former vice industry minister.

Various conferences and seminars will be held on the sidelines of the motor show, which display vehicles in two exhibition zones. Some automakers like Tesla will exhibit their models in the Mobility World section.