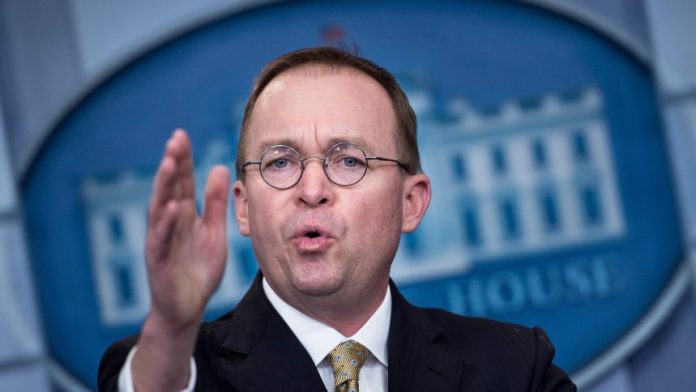 It is only a short Statement, but it seems from today’s perspective, at least, unfortunate for Mick Mulvaney: “Yes, I said support Donald Trump,” the former Congressman from South Carolina in November 2016. Even if he knew that Trump was a “terrible person”. But the other Option was just as bad – was meant to be the democratic presidential candidate, Hillary Clinton.

The site “Daily Beast” has released a Video of the statement, the is supposed to be like, therefore, at a campaign event in a school in South Carolina a few days before the US presidential election.

Spicy is the Statement, especially because of Donald Trump is now President, and his former budget Director Mulvaney is now the chief of staff in the White house has chosen – even if only provisionally (read more here).

A spokeswoman from Mulvaneys office described the remark according to the “New York Times” as obsolete. The rates were like before Mulvaney’ve met Trump. “He likes and respects the President, and he is happy to be working for him.”