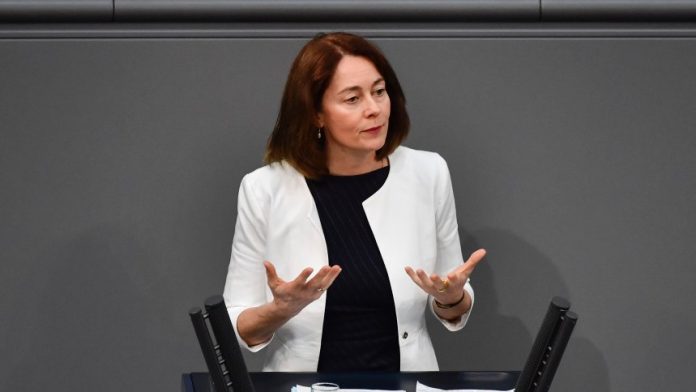 Katarina Barley has voted against tougher immigration laws. “In the last term, we have existing regulations, such as the right to asylum, in a number of crucial points to be improved and strengthened. It is now a question of, this also to apply it consistently,” said the Minister of justice (SPD) of the “world on Sunday”.

in order To distance the German interior Minister, Horst Seehofer (CSU). After suspected asylum seekers ‘ committed Beatings in the upper Palatinate Amberg, he had confirmed at the beginning of the year its intention to tighten the immigration rules. “If asylum seekers commit violence, they must leave our country. If the existing laws are not sufficient, they need to be changed,” said the CSU politician. Such a foray Seehofer had already announced in mid-December for the beginning of the year.

Barley is not said in the newspaper interview, further legislation resulted in “inevitably an improvement”. Any suggestions Seehofer’s going to “look very closely”, said the Minister of justice. The most Important thing but, especially the functioning of the readmission agreements with the countries of Origin.

More on the topic of the debate on migration policy, such As Seehofer, the attacks of Amberg for its purposes, uses

In Amberg should have beaten at the end of December, four young men aged 17 to 19 years, from Syria, Afghanistan, and Iran under the influence of alcohol passers-by suddenly. Twelve people were injured, most of them easily. Seehofer spoke of “violent excesses”.

The SPD inner politician Burkhard Lischka asked to deal with the issue of repatriation as a priority to the deportation of offenders to asylum seekers. “Who is a criminal offence, belongs to the very top of the pile of papers on the subject of Repatriation,” he told the newspaper.

The Green inner politician Irene Mihalic tightening laws rejected in the article. “The correct answer is the rule of law on criminal offences is the criminal law. To change after each incident, the immigration law is completely off-topic,” she said.