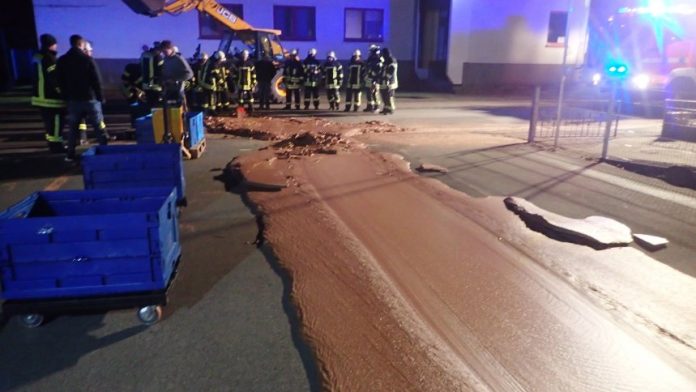 is an unusual use of the fire Department engaged in Werl: About a ton of chocolate delivery in the city in North Rhine-Westphalia as a viscous brown stream on the road.

The mass was poured according to the fire brigade on Monday evening from a building of a chocolate manufacturer. As the cause of a technical Defect is called. The use lasted for about two and a half hours: “We recorded the Whole thing with a Shovel,” said the head of the volunteer fire Department, Karsten Korte. The chocolate came in containers for disposal. “Nibble, we don’t have,” said Korte. to get

the mass from the pores of the road surface, have also been used in hot water and roof-deck burner. So the danger had been averted, that it might be in the area slippery.