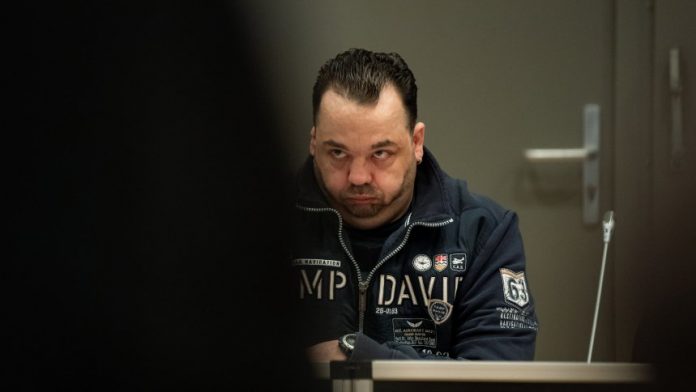 It is not experience in court often, a witness is sworn in. In the murder trial against the former nurse Niels Högel judge Sebastian Bührmann now considers it appropriate. He asks to get up, Michael H., senior physician and cardiac surgeon at the Klinikum Oldenburg, and to raise the right Hand. Bührmann notes that perjury is severely punished. Then he holds the witnesses swear to tell the truth and to have nothing omitted.

“I swear, so help me God,” says Michael H., The presiding judge seems to have in mind some doubts. The representatives of the minor plaintiff and the Prosecutor is not different.

Michael H. is the first physician that will be heard in the process as a witness. He was Deputy head of the heart surgery, as Niels Högel from 1999 worked in his Department as a nurse. In the autumn of 2002 Högel switched to the anesthesia, and in December 2002, to the Klinikum Delmenhorst.

Högel must answer before the regional court of Oldenburg for murder in 100 cases. 36 murders he is supposed to have according to the indictment, in the Klinikum Oldenburg, 64 in Delmenhorst committed. Högel has been in 42 cases, to have patients, medicines injected to a Circulatory collapse. He wanted to look after a successful revival as a Hero. Many patients do not survive the ordeal. Five defendants did not deny Högel, in 52 cases, he excludes his guilt.

a senior physician Michael H. will have noticed in his Department nothing Suspicious. Long as he didn’t know the name Högel, he says in court. The Doctors talked to the nurses with the first name. But also to an encounter with a male nurse Niels he had no memories.

Michael H., 60 years old, is still working in the Klinikum Oldenburg. To his examination as a witness he brought in a lawyer, paid for by the clinic. The same lawyer is representing other clinic staff in the process as witnesses.

on demand of the head doctor admits that at some point an accumulation of elevated Potassium levels in patients had been subject. The witness remains vague, monosyllabic. It takes a while to Michael H. says, that there had even been a meeting – perhaps more – among the top doctors.

“It went certainly to Mr. Högel,” he says. You had been informed, “that Mr. Högel is the focus and we should keep an eye on him”. Again, Inquiries are necessary, until he adds, it was a question of whether Högel is particularly common in Rescues in attendance.

The witness emphasized that he had never seen a proof against Högel, only suspicions, nothing tangible. It was passed also to the reputation of the clinic. “Actually, we were afraid to commit character assassination.” That is why the matter was handled very discreetly.

The witness talks and talks. The question he answered not

judge Bührmann asks the witness for a “horror weekend” in September 2001. Five patients had to be revived in a night, a total of 14 times. Three people had died in the night, two short. He had no memory of it, said the senior physician. Again, the judge has to insist. Only then Michael H. grants: Yeah, so a weekend of it, “but I can’t remember now”.

“Have you had the feeling that there has been an accumulation of crises and deaths?”, the judge asks. The witness talks and talks. The question he answered. He highlights the “outstanding” achievements of his Department, many of the operations, and says that in the cardiac surgery Resuscitation are not uncommon.

By a stroke list, he wants nothing to know. “I see here for the first Time,” he says, as the court shows it to him. From the list, a special accumulation of Resuscitations, if Högel had service. Including a hand written comment: The evidence from rich “in no case” to inform the public Prosecutor’s office.

Then it says that Högel already in a different Department. The list comes from the care line. The judge expressed considerable skepticism at the alleged ignorance of the chief physician. “Such issues have not been discussed with you as the second man in the Department? You are under oath!” – “I don’t know of such a list,” says the witness.

“resuscitation as he could, which he did. according to all the rules of art

” another witness on this day of offensive Frank Lauxtermann has worked until April 2001, with Högel. You were colleagues. In the meantime, Lauxtermann has been four years in retirement. Possibly, this circumstance makes it easier for the 55-Year-old, to testify.

Lauxtermann reported by the hubris of the employees of the cardiac surgery, even the nurses. “This self-awareness was stunning. The defendant fit actually excellent.” Him Högel was unsympathetic, he had seen him as a empathielos, but technically well-versed. “Resuscitation as he could, which he did according to all the rules of art.”

Lauxtermann makes the Klinikum Oldenburg serious allegations. Quickly noticed that patients often had to be resuscitated, if Högel had service. The should also have the management know, says Lauxtermann. At the beginning of Proverbs had been made, that Högel was an unlucky bird, because of the condition of the patient got worse when Högel had been in the service.

Later, it was said then: “Oh, dear, the death-Högel’s turn again.” Seriously, the first nobody have taken. Until the anomalies became more frequent. After Lauxtermanns leaving him, had informed his colleagues about Högel. “The mistrust of colleagues grew,” he says. Was not stopped Högel.

2014 has decided not Lauxtermann, not to mention longer. Due to deaths in Delmenhorst Högel was already before the court. Lauxtermann went to the police. “I knew that he has not started in Delmenhorst.”

Summary: In the murder trial against the former nurse Niels Högel has says a senior doctor from the Oldenburg clinic, in the Department Högel worked earlier and many people killed. Enlightening, the testimony of the physician was not – he wants to have noticed suspicious activity Högels nothing. A former nurse reported, however, with time, the distrust against Högel was grown in the Department. The testimony of the physician met several parties involved in the Process with skepticism – he was sworn in as a witness.