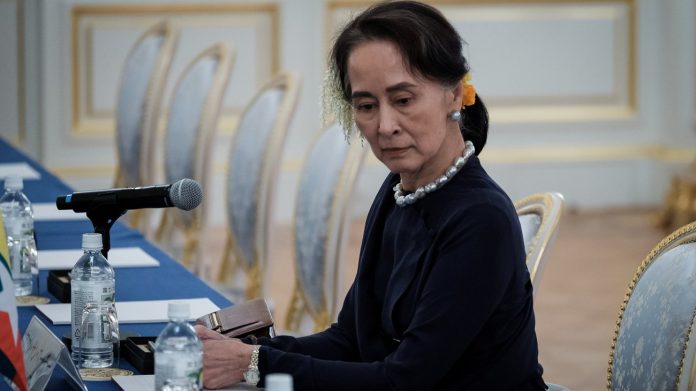 The human rights organization Amnesty International has withdrawn from Myanmar’s De facto head of government, Aung San Suu Kyi because of the Rohingya crisis, the honorary title of “Ambassador of conscience”. In a letter to Suu Kyi, Amnesty expressed its Secretary-General, Kumi Naidoo disappointed about the apparent indifference of the Nobel peace prize winner compared to the atrocities of the military against the Muslim minority.

“Today, we are not really shocked that you are no longer a Symbol of hope, courage, and the tireless defence of human rights,” wrote Naidoo to the 73-Year-old. “Amnesty International cannot justify their Status as an Ambassador of conscience, and therefore, we deprive them of hereby with great Regret that title.”

Amnesty International had awarded to Suu Kyi in 2009 the honorary title “Ambassador of conscience”, the highest award of the human rights organization. At that time, the longtime opposition leader still under house arrest.

Due to the crackdown by Myanmar’s military against the Muslim minority of Rohingya, the former freedom icon international is sharply criticized. Canada Suu Kyi, withdrew recently, the honor of citizenship.

Amnesty acknowledged that the civilian government in the country have the control of the military. Suu Kyi and her office have, however, been protectively in front of the security forces, reports of human rights violations played down and international investigations hampered.

The Muslim minority of Rohingya is suppressed in the former Burma for decades, and persecuted. The situation escalated in August last year, after Rohingya rebels killed in attacks by several border guards. The military in the Buddhist-majority country, has responded with brutal counter-violence – more than 700,000 people fled to neighboring country Bangladesh. UN investigators speak of genocide.

Bangladesh will begin according to the Myanmar information soon with the Return of displaced Rohingya. Bangladesh have Myanmar informed that as the start date of the Thursday was planned, said Minister of social Affairs Win Myat Aye. 2.251 Rohingya would be brought back in a first Phase, to Myanmar, 150 per day, it said in an information sheet of the government.