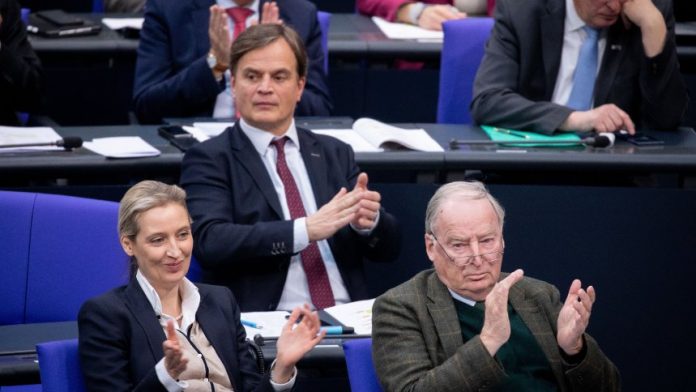 The “Alternative for Germany” has ordered to for this coming Wednesday, Professor Helmut Greim as an expert in the Bundestag. Greim was involved last year in the scandal of the exhaust gas tests on monkeys. In the Committee for the environment, nature conservation and nuclear safety will be discussed on a new ambient air protection act, the expert should be listened to, air pollution caused by diesel vehicles.

The 83-year-old toxicologist was for many years Director of the Munich Helmholtz centre, and also a long time member of the Council of experts for environmental questions, which is an important Advisory body to the Federal government. For his research he was awarded at the proposal of the then Federal environment Minister Barbara Hendricks (SPD) in 2015, with the Grand Federal cross of merit with star.

last January, it was reported that with animals and people exhaust experiments carried out were: monkeys were forced to inhale in the USA four hours of diesel exhaust fumes, in Aachen inhaled 25 Volunteers three hours, small amounts of nitrogen dioxide. The of the companies VW, Daimler and BMW, the European Association for research on environment and health in the transport sector (EUGT), promoted the studies and the EUGT was dissolved in 2017. The results of the monkey tests that should throw a positive light on diesel cars.

More about fact check, such As harmful dust and nitrogen oxides are fine?

Greim to have advocated testing on monkeys

In February 2018, the case resulted in the Ministry of the environment in great agitation: Then, it was publicly known that the highly decorated scientist Helmut Greim from the exhaust know tests, and this, apparently, had advocated. Greim was a once-in-chief of the research Advisory Board of the lobby group of EUGT.

To his defense Greim to quote, “monkey studies would be everywhere” and for certain issues to be “very relevant and meaningful”.

Now to comment on the Pensioner at the invitation of the AfD in the environmental Committee of the Bundestag again to the dangers of car exhaust fumes. Apparently, it is the attempt to circumvent the EU limit value for nitrogen dioxide. The Federal government is planning a law according to which it is to be forbidden to come until then, when a annual mean exceeded 50 micrograms of nitrogen dioxide per cubic meter of air – of the current EU limit is 40 micrograms.

Higher limits for people sensitive to “not harmful”

In a Statement on bundestag.de he writes, 50 micro-grams to be “for sensitive persons is harmful to health”. For justification, he refers to Experiments on rats, which had been made.

In the case of the Green Greim is considered to be “mietwissen scientists”, you have to sell yourself to the industry. “It is significant that now, of all things, the AfD helps the Universal Verharmloser ‘Professor-half-so-bad’ Greim to a further Comeback in the Bundestag,” says green member of Parliament Harald Ebner. To the AfD Greim adjust “the pot to the lid”.