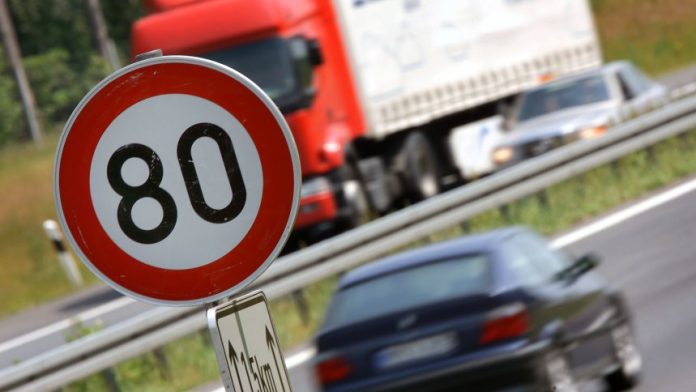 The Green of the Bremen regional Parliament are calling for a speed limit of 80 kilometers per hour along the highways in the city. The Weser Kurier reported. To apply the speed limit between 22 p.m. and 6 a.m. on motorways, along the residential areas. Truck shall be allowed to drive according to the claim only 60 km/h.

in Particular, the motorway sections of the A1 in Hemelingen, Arbergen, Arsten and Kattenesch and sub-sections of the A27 in Tenever. The speed limit is intended to ensure, especially for a lower level of noise pollution and close to the motorway, people living. Accordingly, the noise level is exceeded in some areas, the limit of 55 decibels at night, which classified the world health organization (WHO) as a health hazard.

Bremen> already a pioneer in the speed limit

With the current proposal the Greens there are, however, quite alone. Both the Opposition, as well as the coalition partner of the SPD oppose a speed limit. Instead, the first technical solutions to the noise is to be implemented.