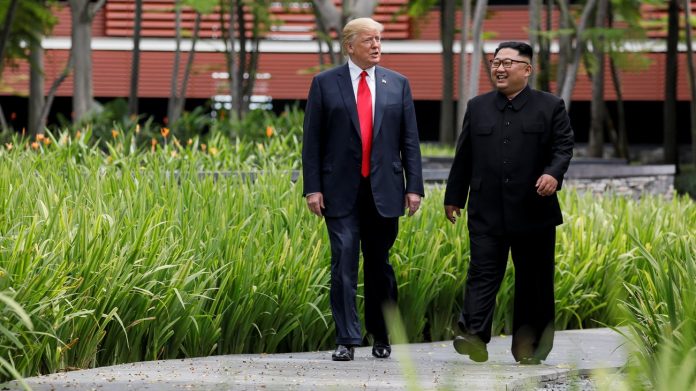 US President Donald Trump expects to have a further Meeting with North Korean leader Kim Jong Un at the beginning of 2019. “I think we’re doing pretty soon, in January or February, I think,” said Trump on the return flight from the G20 summit in Argentina in front of fellow journalists. Currently, three places were meeting in the call for the second summit.

Trump and Kim were at the June meeting in Singapore, a first summit together. The North Korean one in power agreed to a denuclearization of his country. More precise definitions, a schedule or control measures for the process but have not been called and, therefore, the agreement is often considered to be too vague to be criticised. The preparations for a second summit will run for several months already.

One day, he will invite Kim in the USA, said Trump aboard his government machine. “We get along pretty well with each other. We have a good relationship.”