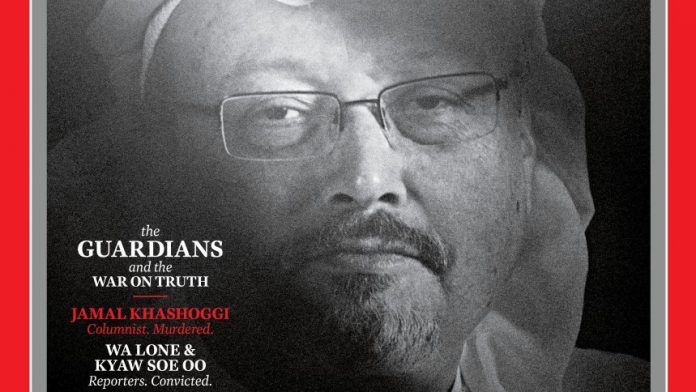 He was a critic of the government in Riyadh, and was assassinated at the saudi Arabian Consulate in Istanbul. Now Khashoggi Jamal is one of several journalists who have been named by “Time Magazine” “Person of the year”. The US magazine reported that the title will go to the “guards” in the “war against the truth”.

Khashoggi worked as a columnist for the “Washington Post”. In October, he was assassinated at the saudi Arabian Consulate in Istanbul. The Turkey makes a from Saudi Arabia eingereistes Murder squad responsible for this. In addition, there is the suspicion that the Saudi knew ash crown Prince Mohammed bin Salman of the fact, or even ordered. The Riad was after some initial Hesitation, that Khashoggi was murdered, but denies any involvement of the crown Prince.

The “Time Magazine” also paid tribute to Maria Ressa in the Philippines, which operates the news website “Rappler”. “Rappler” to draw the brutal war against drugs by President Rodrigo Duterte, reported the magazine. The 55-year -old Ressa threatened up to ten years in prison after an indictment for tax offences. Was also awarded the editorial office of the newspaper “The Capital Gazette” in Annapolis in the U.S. state of Maryland. An assassin had shot and killed in June, five employees of the sheet.

Furthermore, the U.S. magazine paid tribute to two young reporters of the news Agency Reuters, detained for a year in Myanmar. The two Myanmarer Kyaw Soe Oo (28) and Wa Lone (32), as the majority of their countrymen Buddhists – had researched account of a massacre of the army of ten boys and men of the Muslim minority of Rohingya. Overall, thousands have died in the persecution of the Rohingya. More than 700,000 of them were expelled from the country.

The “Time”editorial honors since 1927 the most influential personalities of world events. Finally, the women, the broken in the context of the #MeeToo debate the Silence, and about sexism and sexual Assault were reported. To belong to one of the Honored German Chancellor Angela Merkel, US President, Donald Trump and in the past, Adolf Hitler, Queen Elizabeth II and Nobel peace prize laureate Nelson Mandela.