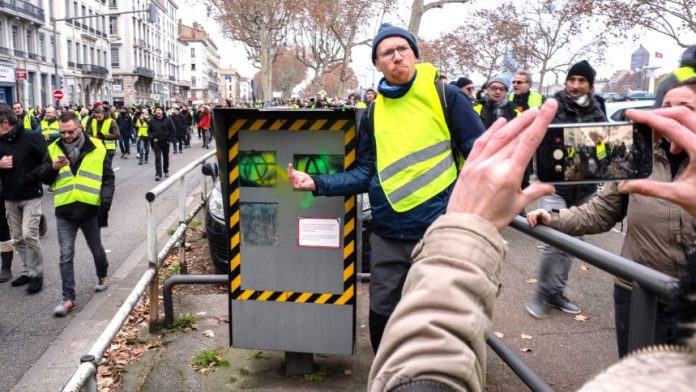 The majority of radar traps in France is severely damaged.

For the Minister of the interior, it is not a question of who is to blame: the supporters of the protesters in yellow vests have made since mid-November, almost six out of ten radar systems “inoperable, attacked, and destroyed,” said Christophe Castaner.

French authorities have already since the summer, a wave of violence against radar installations before the yellow began to demonstrate in the West. Media bring the vandalism in connection with the new speed limit of 80 kilometres per hour on country roads. Angry motorists have hanged according to Reports in the garbage bags over the devices, with color sprayed or completely destroyed.

The yellow vests were demonstrating against high fuel prices, but also the protest movement calls for a return to a Tempo of 90. Three-quarters of the French oppose a speed of 80 according to the polls. Are affected two-lane country roads without a dividing median strip. If you drive too fast, a fine of a minimum of 68 euros threatens.

in Total, there are according to official figures, 3200 radar traps in France. The government expected this year due to the stricter speed limit, with a revenue of 1.2 billion euros.