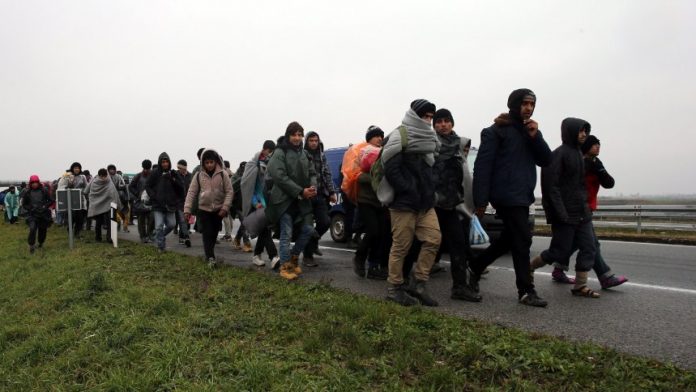 The Human rights organization Human Rights Watch (HRW) says in a new report from the heavy Offense of the Croatian police against migrants. The forces mistreat, therefore, illegally across the green border to deport refugees. According to the human rights of the persons apprehended in the border region or in the Interior of the country would learning, often beaten and immediately returned to Bosnia-Herzegovina sent.

Even children are affected, according to HRW. The report is based on a survey of 20 Affected. 16 of them, including children, would have indicated that Croatian police officers sticks you with shock, fists and kicks would have. Often you were also money and mobile phones taken away, said respondents.

it Also took you a Chance to stay legally in Croatia. Border officials deny the report, according to the law, in Croatia the application for asylum. “Croatia has the obligation to asylum-seekers and migrants,” said Lydia Gall, HRW’s coordinator for the Balkans and Eastern Europe. “Instead, the Croatian police failed asylum seekers brutal, and then back across the border pushed.”

The Croatian Ministry of the interior had rejected in the past, similar allegations of human rights organizations. Since the closing of the Balkan route, which runs from Greece through Macedonia, Serbia, and Hungary to Central Europe, has established an alternative Route via Bosnia-Herzegovina, Croatia and Slovenia.

The Bosnian authorities registered this year until the end of November to 23,000 asylum seekers. Aid organizations, many of them have now moved with the aid of tugs to Central Europe.