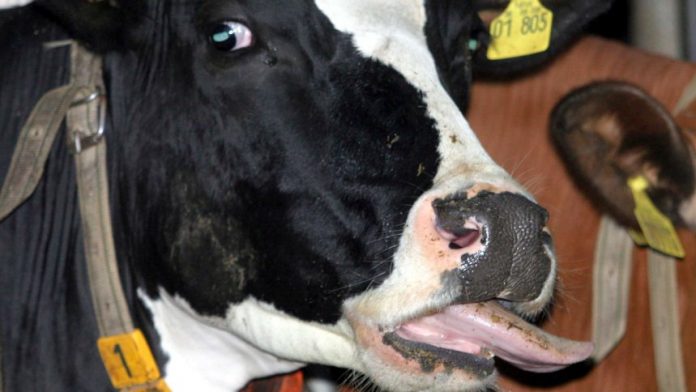 In Rhineland-Palatinate for the first time in ten years, the bluetongue detected. The entire state was declared on Friday to the restricted area, as the spokesman of the national investigation office (LUA), Achim Ginkel, said in Koblenz. At least one animal has already been killed as a precaution.

The blue tongue disease is mainly by biting midges – small blood-sucking mosquito – transmitted and is especially true of sheep, goats and cattle. A typical Symptom is a swollen, blue-colored tongue. For the people, the viral infection is regarded as harmless. Least far thousands of cattle died between 2006 and 2008, Germany in the disease.

The pathogen serotype 8 (BTV-8) was detected in a bovine herd in a circle Trier-Saarburg. In the case of two other suspected cases in two bridges and the Saar Pfalz-Kreis, the confirmation by the national reference laboratory had not yet been made, said Ginkel.

The restricted zone should be at least two years to maintain and restrict the Transport and trade of cattle, sheep and goats, it said. The South of Rhineland-Palatinate and the Saarland are also restricted area, such as parts of Hesse since December 2018, after the Virus was detected in animals in the neighbouring Baden-Württemberg.

The restrictions in the exclusion zone could be mitigated through vaccination, said Ginkel. For vaccinated and proven with the Virus infected animals, there were exceptions.