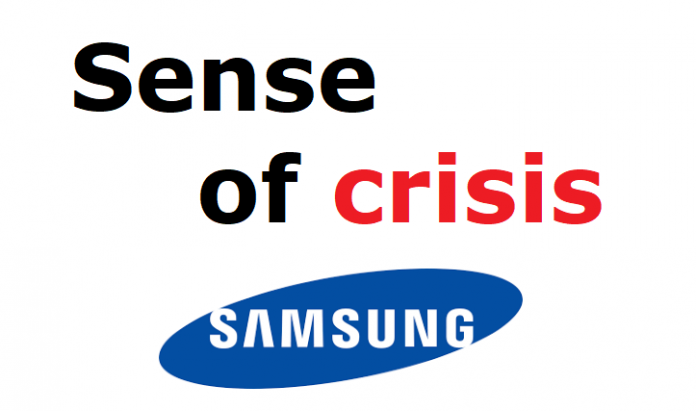 During the global strategy meeting, the 50-year-old talked mostly about futuristic technologies including the sixth-generation wireless network, artificial intelligence, and blockchain.

Such remarks came amid the recent owes weighing on Samsung, which faces difficulties due to the slumping semiconductor demands and stiff competition in the handset market.

Samsung is the world’s top manufacturer of memory chips and smartphones. But the Seoul-based company has experienced various challenges in the two lucrative markets.

In particular, Vice Chairman Lee attempted to arouse a sense of crisis, the go-to strategy of his father. For example, Chairman Lee worried in the early 2010s that most of Samsung products would be gone in 10 years.

“No corporation can guarantee that it will be around in a decade. We need to have a mantra of founding new businesses instead of resting on the status quo,” Vice Chairman Lee was quoted as saying in the biannual gathering of Samsung.

In a business world full of uncertainties, it is impossible to predict what will happen over the next 10 years just as Vice Chairman Lee pointed out.

From the perspective of the tycoon, however, he may have to worry more about 10 months than 10 years later because he might end up on the wrong side of the bars.

Two years ago, Lee was indicted for allegedly offering bribes to former President Park Geun-hye and her aide Choi Soon-sil in return for their help in beefing up his control over Samsung.

A Seoul district court sentenced Lee to five years in prison, but he was set free last year after an appeals court halved his sentence and suspended it.

The Supreme Court is expected to rule on the influence-peddling scandal in the not-so-distant future. Then, Lee runs the risk of having to return to prison.

Top court to rule on Samsung chief this month