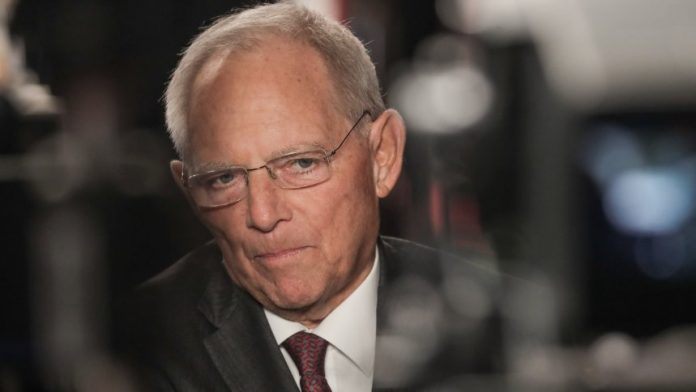 President of the Bundestag, Wolfgang Schäuble, warned of the heightened confrontation with the AfD in the Bundestag before the alarm. In the “ZDF-winter interview,” the CDU-politician clearly that he could recognize not-too-harsh tone in Parliament.

“I’ve experienced so far, no fights. I would not dramatize in comparison to other parliaments,” said Schäuble. The Interview will be broadcast on Sunday evening at 19:10.

The Bundestag Vice President Claudia Roth (Green), and Wolfgang Kubicki (FDP) had previously stated in the “Rheinische Post”, the AfD has changed the manners in the Bundestag radical. Kubicki said, once it had been in the Bundestag even”, just before a brawl”, because between the cries of the AfD parliamentarians had been unbearable.

“We are experiencing the boundaries of language, an attack on democratic institutions and the attempt of reinterpretation of history”, Roth said in the double interview with the newspaper.

The rise of parties like the AfD was not only in Germany, said Schäuble. Comparable developments in all the European democracies. “Maybe even through the social media, digitization, and globalization.”

Many political decisions, such as a fair tax system could not, in the meantime, meet a country alone, what have an impact on the Western democracies. And however was also that Germany had been more stable than almost all other democracies in Europe.

On the question whether the Parliament had become thanks to the AfD living, replied Schäuble: “thanks to the fact that we are six factions.” He doesn’t try, that discussions Celts in the first place high. “Overall, our Parliament has become more lively. It finds more attention and that is our task”, said Schäuble.