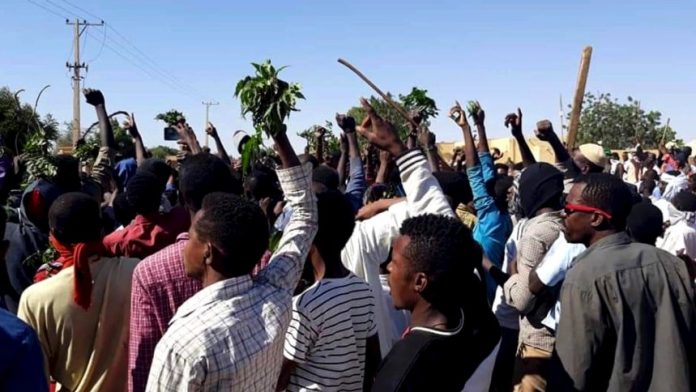 The police in Sudan’s capital Khartoum have used tear gas and rubber bullets to prevent any further protests by the Opposition. At least two people had been killed – a child and a doctor reported, an independent physicians Association and members. In addition, more than ten people had been injured.

hundreds of demonstrators called for in the centre of Khartoum’s withdrawal of almost 30 years of ruling President Omar al-Bashir. The police fired, among other things, tear gas in a quantity of hundreds of demonstrators marched to the presidential Palace. The protesters shouted slogans such as “peace, freedom, justice”. A Reporter for the news Agency dpa, observed several arrests.

The northeast African nation of Sudan is currently in a severe economic crisis. Because of a very high inflation rate, people have recently lost significant purchasing power. The protests have been ongoing for approximately four weeks and were initially triggered by an increase in bread and Oil prices.

Until the beginning of January had been taken according to the government, more than 800 people in connection with the protests. According to official information, were killed in the demonstrations so far, 24 people. Human rights groups, however, speak of at least 45 deaths.

The UN high Commissioner for human rights, Michelle Bachelet, was given the “excessive force” in suppressing the protests, worried. “A suppression may exacerbate the complaints of the people,” she said.

the European Parliament Also condemned the bloody suppression of protests in Sudan: The government in Khartoum had adopted the arbitrary arrest, detention and torture of peaceful demonstrators to put an end, demanded the Parliament in a resolution.