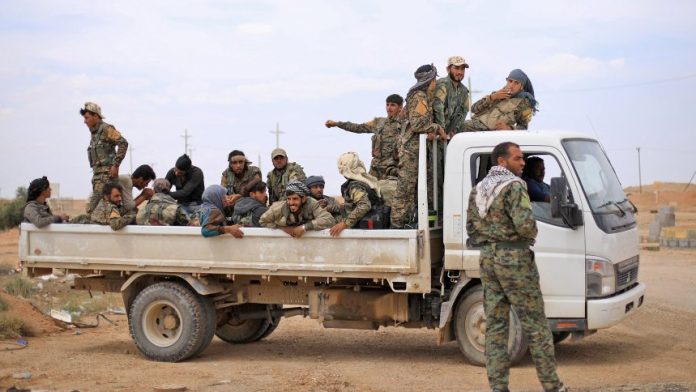 In anticipation of a major Offensive on one of the last of the IS strongholds in Syria were launched, according to observers hundreds of people to safety. More than 600 people of different nationalities were on trucks and buses from the village of Al-Susa in the East of the province of Dair as-Saur have been brought in, reported the Syrian Observatory for human rights on Saturday.

It was the largest evacuation action of the Syrian Democratic forces (SDF) in the Region, it said. To do this, according to the Observatory were laid around 300 fighters in the area.

allied to The USA, the Kurdish-led SDF were instrumental in the fight against the terrorist militia “Islamic state” (IS) in Eastern Syria. The jihadists are in control of only small areas in the border region between Syria and Iraq.

Due to the expected Offensive in these areas, the SDF have brought, according to the Observatory since the beginning of December, more than 16,000 people from the areas in security. Among the Evacuees, hundreds of jihadists.

The Syrian Observatory for human rights, based in Britain, draws its information from a wide network of informants in Syria. The information can be independently difficult to verify.

In the East of Syria have fled in the past six months, according to figures from the UN Refugee Agency UNHCR, around 25,000 people before the Fight. The refugees lived in makeshift Camps and have to contend with the winter weather, lack of water and Hunger. Also, sitting around the city Hadschin, an estimated 2000 civilians.