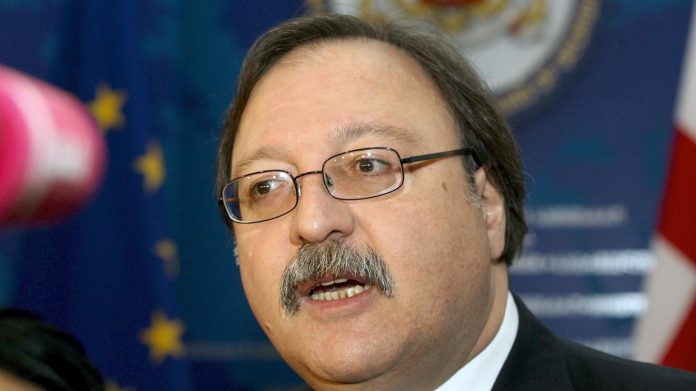 Shortly before the runoff presidential elections in Georgia went to the capital city of Tbilisi, tens of thousands of people against the presidential candidate Grigol Vashadze on the road. According to the organizers of the protests, more than 90,000 protesters. The election will take place on Wednesday.

The former foreign Minister and opposition politicians, Vashadze had announced in the election campaign, in the event of an electoral victory of the former President Mikheil Saakashvili pardoned. Saakashvili was convicted of abuse of office to six years in prison and now lives in the Netherlands.

the Demonstration, the opposition party, the Alliance of patriots of Georgia called. The General Secretary Irma Inaschwili said, according to Georgian TV reports that Georgia should not “return to an Era of confiscation of property and torture”. They called for the election of the former French Ambassador, Salome Zourabichvili.