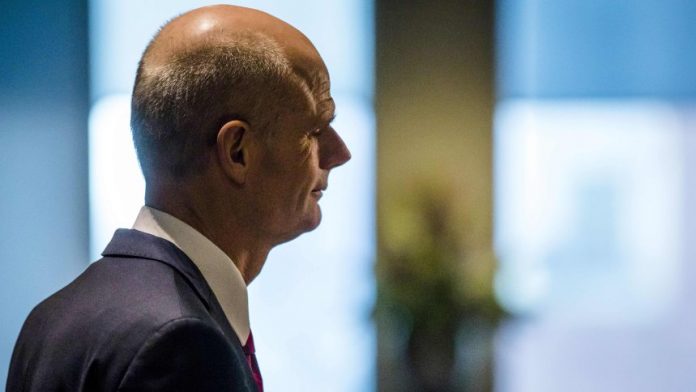 Due to allegedly planned terrorist attacks on exile-Iranians in France and Denmark, the EU has imposed new sanctions against Tehran. The criminal actions are addressed by the Dutch government, against two Iranian citizens, as well as against the secret service of the country.

The sanctions are due to come this Wednesday in force and are part of the revised EU list of terrorist organisations, which was adopted by the Europe Ministers of the EU member States. The dpa news Agency reported, citing EU diplomatic circles. The list provides for the Freezing of assets and visa bans.

Iranian foreign Minister Mohamed Javad Zarif criticized the decision on Twitter. Previously, he had denied already, the involvement of Iran in two attacks. Sarif told the EU to grant Iranian terrorists refuge. He was referring to two Iranian opposition groups, the mujahedin, and Al-Ahwasieh. The leadership in Tehran makes them for attacks and classifies them, unlike the EU as terrorist organizations.

In July of 2018, had been arrested in Belgium, two Suspects because of an alleged planned terrorist attack on a gathering of 25,000 Iranians in exile in France. At the end of September, according to data from the Danish domestic intelligence service, one stop PET is also a group in Denmark of the Iranians living thwarted, the dedicated to the independence of the Iranian Region around the city of Ahwaz. In both cases, investigators made the Iranian intelligence services responsible. Tehran denied this.

The Dutch government announced on Tuesday afternoon, Iran was also two murders of opponents of the regime in the country. These deeds are the reason for the new EU sanctions, said foreign Minister Stef Blok. “The imposition of sanctions by the European Union as a whole is an exceptionally tough Signal, and is understood to be in Iran very clearly.” Blok did not rule out further sanctions.

in 2015 and 2017 had been murdered in Almere, near Amsterdam and in The Hague, two critical of the regime Iranians, who had Dutch passports. The Dutch intelligence service AIVD have “strong evidence” that the government put in Tehran behind it, said Blok. Already in June 2018, the Netherlands had expelled two Iranian diplomats at the time, no reason had been given for it.

Danish Prime Minister Lars Løkke Rasmussen called the new sanctions on Twitter, “very encouraging”. “The EU stands together – such actions are unacceptable and must have consequences,” he wrote with a view to the alleged attack plans.

Very encouraging that the EU has just agreed on new targeted sanctions against Iran in response to hostile activities and plots being planned and perpetrated in Europe, including Denmark. The EU stands united – search actions are unacceptable and must have consequences. #dkpol #eudk

France, the punitive measures are welcomed. They reflected “the solidarity of the member States of the European Union, and their determination to act to let go of a hostile and unacceptable action on European soil will not go unanswered,” it said from the Ministry of foreign Affairs.

The relations between the EU and Tehran after the US withdrawal from the nuclear deal with Iran in the past year, fragile. In 2015, the UN veto powers, Germany and Iran had stocks of controlled reduction of the Iranian Uranium in return for easing agreed to Western sanctions. The United States had withdrawn in the past year, however, the agreements and should make more sanctions against Tehran; the EU is trying to save the agreement. It is to prevent Iran from developing nuclear weapons.