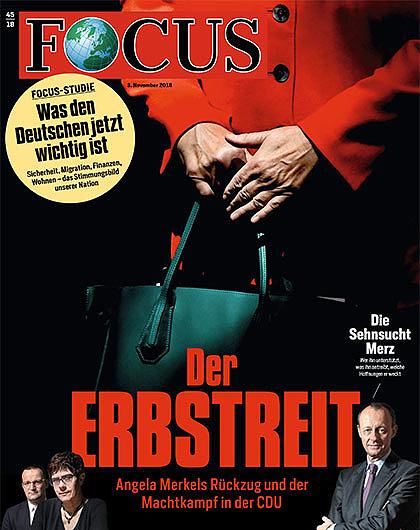 It was late as last Sunday evening the phone by Jens Spahn rang. On the screen, the latest high-flickered just a bill from the state of Hesse. The CDU loses 11.3 per cent – a Disaster. Spahn looks up briefly from the TV on the screen, then he takes the call. At the other end of the line, Friedrich Merz. The two not for a long time with polite phrases. Merz comes to the point. Spahn had noticed that he was considering a return to politics, says the 62-year-old lawyer – if he could count on Spahns support?

read more in the new FOCUS

It was a short conversation, Spahn says no, but he makes this evening his rival, Merz very clear that he had his own ambitions.