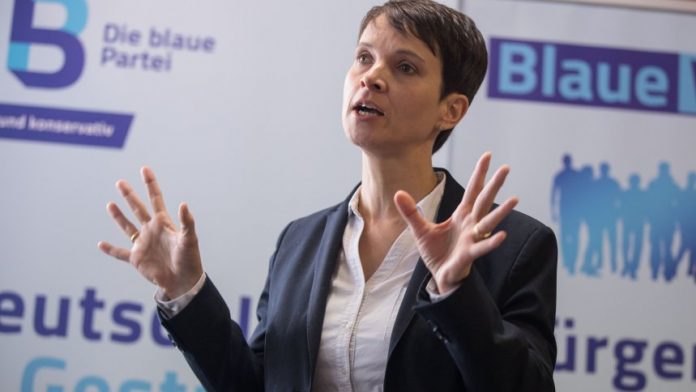 The AfD has won a trademark dispute against its former Chairman Frauke Petry. Petry have to delete their registered trademark “The blue party”, decided by the regional court of Munich I. The brand will be declared “null and void”.

Petry had founded after her exit from the AfD in 2017, “The blue party” and the lettering for the Logo at the German Patent and trademark office as a trademark registered. The AfD was delete, with its brand “Blue” but about two weeks faster than Petry and asked her the brand. According to the court, you must do that now.

The court’s decision does not mean, however, that Petry needs to rename their party. “A party needs to focus on your actual tasks, not a brand,” said a spokesman for the German Patent and trademark office. “Brands are for parties only important if you want to sell something.” This could be, for example, in the case of T-Shirts. “As it may be, of course, been a hindrance, if you don’t have a brand, or another has the party name as a brand.”

The altercation in Munich is not the only legal dispute between Petry and their Ex-party. In front of the Cologne regional court won Petry, like on the weekend, it was announced. The AfD failed with the attempt, Petrys new party the name “blue”. “Blue” is not a name of a part of the AfD, the court – unlike the Green.