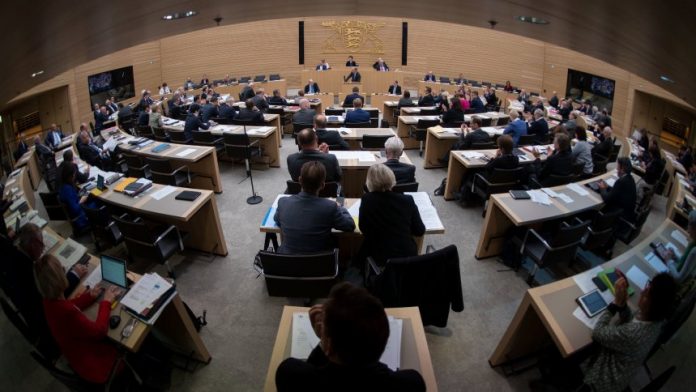 The AfD, member of the state Parliament Stefan Räpple has disturbed the course of a plenary session in the Stuttgart Landtag solid. According to a Parliament spokeswoman for the politicians did not want to leave the room, despite several requests, the state President Muhterem Aras (Green).

Previously Räpple is to have the debate by insulting cries disturbed. As the state President asked him to leave the room, he exclaimed: “no, I’ll stay here.” Then the session was interrupted.

Only on the pressure of three police officers Räpple left the chamber. Wolfgang Gedeon, non-attached member of the AfD was accompanied by the officials from the hall. Gedeon had left the AfD parliamentary group in 2016. He had been criticized for anti-Semitic Remarks is also a party to it internally.

The deputies are also excluded from the next three sessions. The incident is in the history of the baden-württemberg unique. “So far, the orders of the President were always respected,” said the spokeswoman.

In the AfD initiated the discussion was abortion, and the supposed “left ideological influences” in kindergartens.