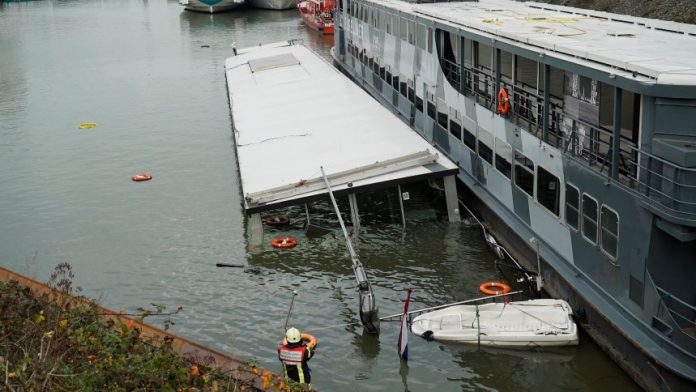 In the Rhine port of Cologne-Niehl is a passenger ship. The competent water police announced in Duisburg, remarked to a ship leader in the Past that moored the event had the ship clear.

The alerted fire brigade could not prevent the 63-Meter-long ship was more full and ultimately sank. It is now in about five metres of depth, parts of the superstructure protrude from the water.

Two on-Board crew members were able to leave the sinking ship in time and were unharmed. The fire Department installed a mobile oil barriers, may be leaking operating fluids can be collected.

According to initial findings the ship in winter quarters had got stuck in low water at the stern in a sheet pile wall, so that it ran with increasing water through the ventilation openings. A danger to the navigation of the Rhine is not, according to police.