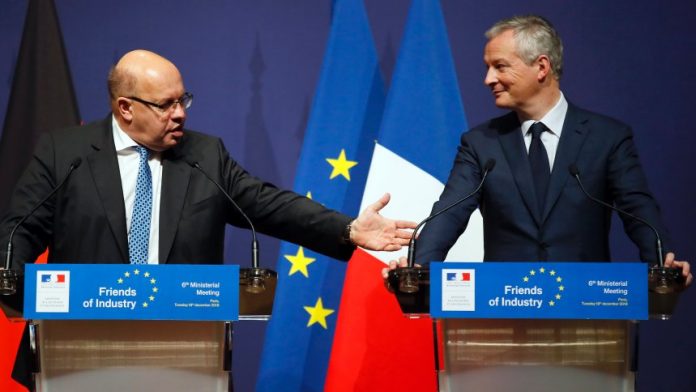 Germany and France want to go in the production of battery cells together in Europe. “The battery technology is a key factor and will be in several key areas of the industrial value added required”, – stated in a joint Declaration, which was adopted by the two countries on Tuesday. In particular, in the electrification of transport systems and renewable energy storage batteries are very important.

“batteries are replacing other technologies from the past,” said economy Minister Peter Altmaier (CDU), after a Meeting with his French counterpart Bruno Le Maire in Paris. “Car manufacturers in Europe and elsewhere decide now where you will order your batteries,” added Le Maire. If you don’t try now, will Europe produce in the future, no more batteries.

Germany had already announced in November a multibillion-dollar boost to the production of batteries. In the next few years from the budget of the Ministry of economy is to be made one billion euros available. France did not want to set in the joint Declaration on a fixed amount. The common goal should now be to support the cooperation between companies and research institutes. For a certain period of time, it should provide for the development of battery cells start.

The two countries also agreed to strengthen the European competitiveness in the field of artificial intelligence. With a common research and innovation network technologies should be promoted.