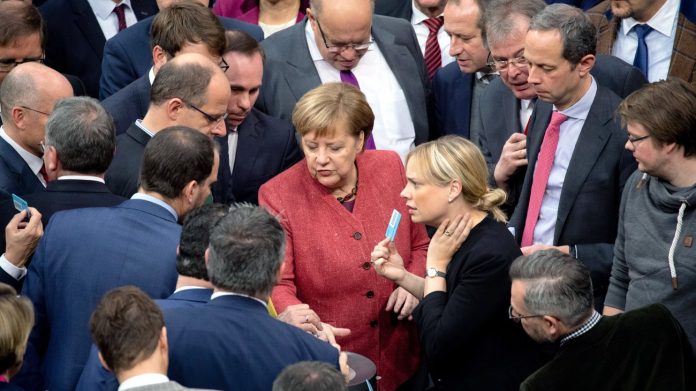 The Bundestag has known of the planned global migration Pact. The common design of the government parties of CDU/CSU and the SPD was adopted by the Parliament. Yes 372, no 153 members voted in favor, 141 Parliamentarians abstained.

The European Parliament called on the Federal government to, among other things, to ensure that the Pact of national sovereignty will not be restricted. In the roll-call vote, adopted a resolution of the CDU and the SPD, it was said, to the right of Germany to determine its migration policy by itself, should not be affected.

In the request letter, the coalition of groups that the proposed Pact “makes an important contribution to the order, control and limiting of Migration”. Foreign Minister Heiko Maas (SPD) spoke of a response to the challenge of Migration, for which there is no single national answer. The Pact was “right and important” and “an act of reason”. It was in Germany’s interest to want to hike taxes. Maas pointed as well as Speakers from other groups to ensure that migrants are also human dignity and human rights apply.