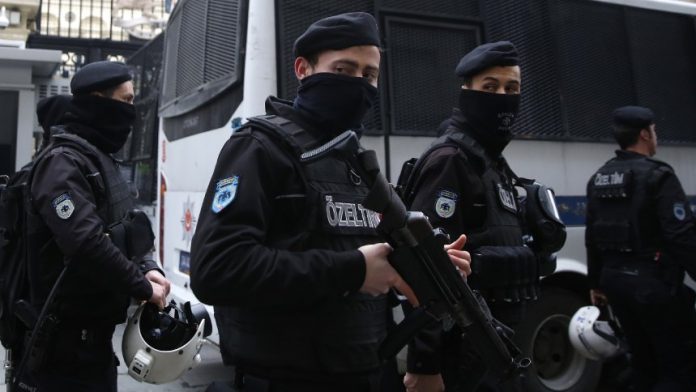 Turkish authorities have detained a Dutch journalist into custody and deported. As a reason, only “safety-related reasons had been”, informed the newspaper “Het Financieele Dagblad”(FD). According to the government-critical Online portal Diken, Turkey also imposed an entry ban for a period of six years.

Ans Boersma works as a freelance journalist mainly for the economic sheet. The police detained according to the newspaper, the 31-year-old Boersma on Wednesday at the immigration office in Istanbul in custody. On Thursday, she had to leave then. “And then one is at once in the plane back to the Netherlands,” tweeted the journalist shortly before the departure to Amsterdam, “unwanted Person”.

A Turkish government representative, who wanted to remain anonymous, confirmed the expulsion. Journalists associations criticized the actions of the Turkish authorities to be sharp.

the night in detention

the immigration authority, Boersma wanted to extend according to the FD your residence permit. The police have taken them but your not allowed in your apartment to return to. The night she had to spend in detention. The Dutch Consulate General and the Embassy were turned on, therefore, but could do nothing.

The relations between the Netherlands and Turkey were long strained. Among other things, the dispute to an appearance caused a ban on Turkish Ministers in the Netherlands in the year 2017, for a scandal. Most recently, the two countries moved closer again. The media in Turkey have Long been under pressure. After the coup attempt of July 2016 President Recep Tayyip Erdogan media houses by decree to close. In addition, numerous journalists are in prison. In the ranking of press freedom, the Organisation reporters without borders, Turkey ranks 157 out of 180.

in 2017 had participated in a number of German citizens in Turkey to be in serious crisis between Berlin and Ankara triggered. Including the German “Welt”-Reporter Deniz Yücel, sat for a year without charge or indictment, in an Istanbul prison, before he was allowed to leave the country to Germany. Also the German journalist Mesale Tolu was imprisoned in Turkey, but was allowed to leave the country in August. The processes against the two journalists for terror allegations go further.

“breach of the freedom of the press”

The Dutch journalist had received, according to the newspaper only last week for the 2019 Turkish press card and a work permit. The press card is issued by the President’s office in Ankara and has to be renewed every year.

FD-editor-in-chief Jan Bonjer spoke of a “blatant violation of the freedom of the press”. The newspaper wants to legally proceed against the expulsion. The Dutch journalists ‘ Union called on the government in The Hague to Act. “This is the point of a new sad low and shows how hostile the situation is for journalists there,” said the Secretary General of the Association, Thomas Bruning, on Thursday in Amsterdam. Foreign Minister Stef Blok had to insert a sharp Protest, and, if necessary, the Netherlands should suspend diplomatic relations with Turkey. Also, the Association of editors-in-chief called on the foreign Minister to respond.