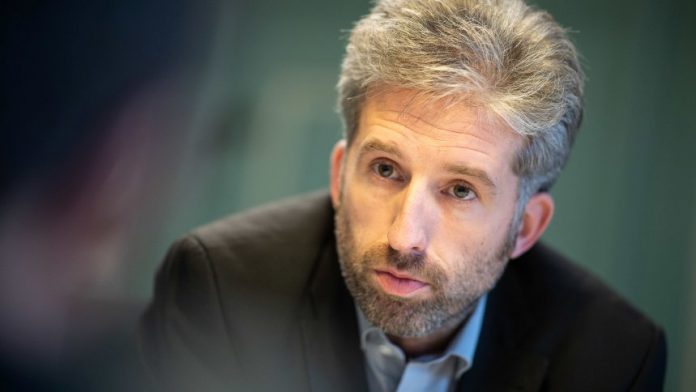 The lack of communication between the AfD and the Greens, was “perhaps the biggest political Problem in our country this year”. So, Tübingen Lord mayor Boris Palmer (Green party) says in the “Bild am Sonntag”

He calls on his party, the AfD-voters approach. “We as a party with the state, political responsibility would have to overcome and an inclusive approach, trying to see in the AfD-voters on the Democrats and not the Nazi.”

the AfD, he hoped for nothing, said Palmer. These have “an interest in ensuring that this division goes on and on, so she wins her voters”.

Slogans like “Nazis out” are only in the fight against real Nazis helpful. “You can’t call 15 percent of Baden-württemberg and 25 per cent of the Saxons as the Nazis, because they are on AfD. In order to convert anybody,” said Palmer.

Green would have accused it of an “ideological Excess”

in His own party, Palmer, to ignore certain problems, for ideological reasons. “My party has an idealistic Excess,” he said. You don’t tend to see “problems then, if you run out of groups as disadvantaged or are in need”.

The Green would be well advised to “recognise that there is, for example, with refugees, or the issue of inclusion in the municipalities of problems,” said Palmer. Anyway applies to all the parties to the Council, “to listen more to what their local politicians as a Problem in practice,” said Palmer.