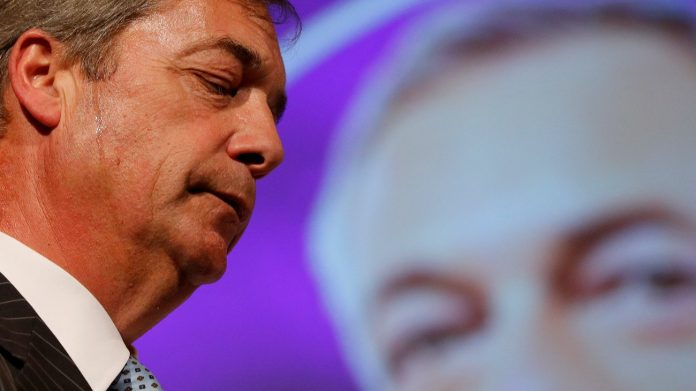 Nigel Farage, the former head of the right-wing populist United Kingdom Independence Party (Ukip) has announced his exit from the party. In a guest post for the British Telegraph, Farage writes that he was leaving the party with a heavy heart. It was not, however, “the Brexit-party, our country needs so badly,” said the politician to his step.

Farage writes, under the leadership of Gerard Batten have changed the orientation of the Ukip fundamental. The new party chief was “fixed” on an anti-Muslim policy. The party was for many of the members are recognizable, the former Ukip leader.

Farage, the Parliament is sitting today in the EU, was elected in September 2006 to the Chairman of the Ukip, in July of 2016, he announced his resignation from all party offices. At the time, he said he had achieved his goal to have the United Kingdom from the EU. Before the Referendum on the British EU exit Farage is one of the most determined advocates of Brexit.