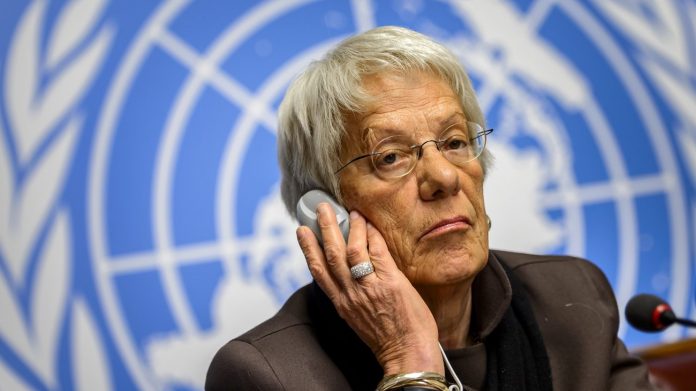 The former UN chief Prosecutor, Carla Del Ponte, has stated in an Interview with the NZZ am Sonntag that they will withdraw from politics. Further, she criticized the United Nations. The organization was a “big disappointment” for you. If it were a “Talking shop” in which there are too many civil servants. “Only a few really work,” said Del Ponte.

Del Ponte from 1999 to 2007, chief Prosecutor of the International criminal court the United Nations in The Hague, and was in this function for the processing of war crimes in the former Yugoslavia and Rwanda have jurisdiction. In 2017, the Swiss stepped back as a special investigator of a Commission of inquiry of the UN human rights Council on war crimes in Syria. They justified the move at the time with the inaction of the Commission. She had hoped that the International criminal court or a newly created court would prosecute the war crimes in Syria, said Del Ponte. The UN security Council but was blocked and had been such an approach in the way – and, instead, done nothing.

International justice at the “low point”

In the Interview with the NZZ criticized Del international justice, which was at a low point in Ponte. “Human rights are nothing more,” said the 71-Year-old, who wants to put the end of the year to rest. It would however, give more Faith, “that an independent international court can achieve justice”.

the UN human rights Council in Geneva, she attacked. Half of the 47 countries that currently have one of the rotating memberships held, violated every human rights, she said. Countries such as China, Saudi-Arabia and Burundi would have to be thrown immediately from the Council.

Del Ponte, the United Nations also in the past criticized. In her book, In the name of the victim, she came to terms with the “failure of the UN and the international policy in Syria”. It goes on to say that international politics have no interest in the prosecution of the perpetrators.