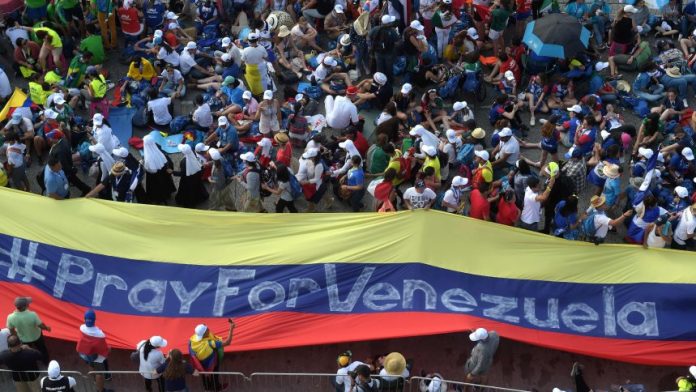 In the case of the recent mass protests against the Venezuelan President, Nicolás Maduro, came, according to human rights activists, at least 26 people were killed. The victims had been killed since Monday during demonstrations in eight different Federal States, was informed by the Observatory for social conflict (OVCS). Previously, the non-governmental organization (NGO) spoke of 16 dead.

Venezuela is currently being rocked by a severe political crisis. Since a failed uprising by members of the national guard on Monday of opponents of the government go against Maduro on the road, on Wednesday, Parliament’s President Juan Gaidó declared himself interim President.

Gaido, however, the USA asked for humanitarian aid: It please to the delivery of food, medicines and medical articles, he wrote to US Secretary of state Mike Pompeo. Also sending a hospital ship would be desirable. Pompeo had already put relief supplies in view, as soon as logistically possible.

After the Federal governments had called for free elections in Venezuela, was not a clear Federal foreign Minister Heiko Maas (SPD) on the side of the self-proclaimed against President Juan Gaidó: “We are neutral in this question, but we support what Guaidó doing there,” he told Deutsche Welle.

Pope Francis, who traveled to world youth day in Panama, was on the Vatican-interim spokesman Alessandro Gisotti tell, he was following events in Venezuela “very carefully. He will pray “for the victims and for all Venezuelans”. In a statement, it was said later: “The Holy see supports all the efforts so that the population does not impose further Suffering.”