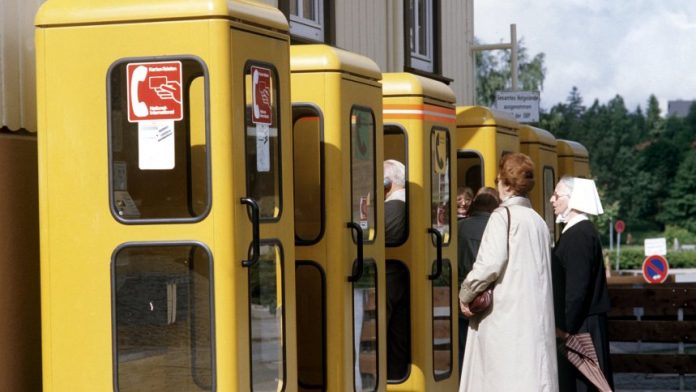 The number of payphones in Germany has declined dramatically. You fell from 120,000 in 1992 to now to 17,000, said a spokesman for Deutsche Telekom, the editorial network Germany (RND). The need for public telephone booths have lost: “Statistically, every German has seen at least a house connection and a phone.” However, there are “still places with a high usage, such as airports or train stations”.

cells with a turnover of less than 50 euros per month, the company considers the speaker as “extremely inefficient”. The Telekom speak with the cities and municipalities on the reduction of such sites.

cells that are no longer needed are sold by the Telekom. They cost 600 Euro or more – plus the cost of transportation, as said the spokesman of the RND. However, the earlier consistently yellow telephone booths were already sold out.