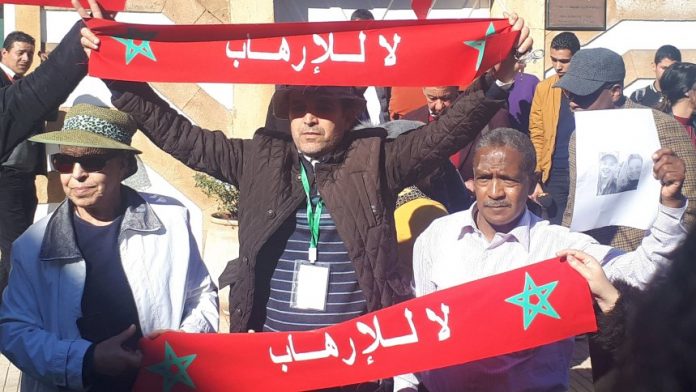 Moroccans have been held after the murder of two Scandinavian students in Morocco vigils in solidarity with the Victims. Alone in front of the Danish Embassy in Morocco’s capital Rabat, gathered between 100 and 150 people. They showed status red scarves “no to terrorism”.

On Monday were the mountains have been found in the Atlas South of Marrakech, the bodies of two 24 -, and 28-year-old students from Denmark and Norway. The two women hiked with a tent in the mountain increase the popular Region around the mountain Toubka, the highest mountain in North Africa.

dozens of participants from various political parties and civil organizations with the flowers and candles laid in front of the Norwegian and later the Danish Embassy. They put up posters denouncing the murder of the two Scandinavian tourists and their families, its condolences and solidarity expressed.

The Moroccan investigators arrests, in the meantime, 13 persons. Four Suspects between the ages of 25 and 33 years, according to the Moroccan authorities, supporters of the Islamic state. Accordingly, an alleged Video exist, by offering their leader Abu Bakr al-Baghdadi, the Loyalty.